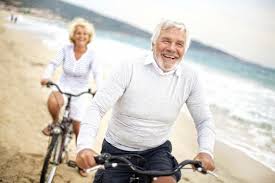 The IRA Charitable Rollover strengthens philanthropy and reduces the tax burden on older Americans. Now that Congress has made this provision permanent, it can be an important part of an effective charitable giving strategy.

Individuals are required to begin taking minimum distributions from their Individual Retirement Accounts (IRAs) when they reach 70½ years of age. These distributions normally are subject to income taxes. The IRA Charitable Rollover provision allows these individuals to donate any amount up to $100,000, without treating the distribution as taxable income.

Why the IRA Charitable Rollover is Important

Simply put, this provision is an incentive that strengthens charitable giving and reduces the tax burden on older Americans. The nonprofit network organization, Independent Sector reports, “In the first two years the IRA Charitable Rollover option was available, more than $140 million was donated from IRAs to support the work of public charities across the U.S. The median gift was just under $4,500.”

A Brief History of the IRA Charitable Rollover

The IRA Charitable Rollover provision was established as a two-year temporary measure in the 2006 Pension Protection Act. The provision was allowed to expire in 2008, was renewed temporarily two more times, and then expired again in January 2014. In a significant milestone for philanthropy in America, Congress voted to make the IRA Charitable Rollover permanent law in December 2015.

How We’re Celebrating the Women in Philanthropy