The Armed Services YMCA has been providing social services for the military members and their families at Camp Pendleton since 1943.  Their mission is to provide programs and services focused toward the junior enlisted, to increase the quality of life, reduce stress and strengthen families by making military life easier.

Programs with Heart for Military Families

Executive Director, George Brown, and his team, with the generous support of many donors and funders, provide effective and compassionate programs for military service members and their families.  The following programs are a small sampling of the many ways that the Armed Services YMCA of Camp Pendleton makes military life easier:

At the Rancho Santa Fe Foundation, one of the ways that we help donors to be strategic and effective with their charitable giving is by recommending organizations doing the best work in the donors’ areas of interest.

With the Armed Services YMCA of Camp Pendleton, we know that charitable dollars go to the people who need them.  For example, if a donor gives money for a summer camp program, there are children who are able to go directly because of that grant.  We enthusiastically recommend the Armed Services YMCA of Camp Pendleton, and we put our money where our mouth is.

Over eight years, with grants from the RSF Women’s Fund, the Patriots Connection and donor-advised funds, the RSF Foundation has granted over $185,000 to the Armed Services YMCA of Camp Pendleton.  This grantmaking represents collaborative support from several key areas within the RSF Foundation:

These significant programs and funds at the RSF Foundation share in the honor we recently received from the Armed Services YMCA of Camp Pendleton.  At the 71st annual Volunteer Recognition dinner on January 23, 2015, the RSF Foundation was recognized as the 2014 Program Volunteer of the Year. 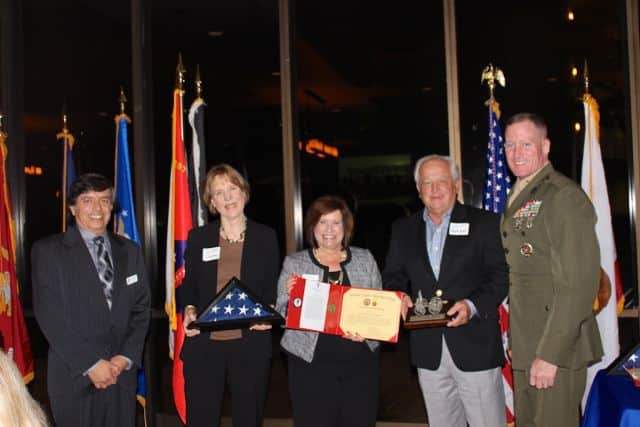 Meet Our Fundholders – The Burn Institute